The CAV was born in 1982, when a nucleus of about 30-40 Chinese, of Malaysian, Singaporean, Hong Kong and Indonesian origin attended a large ‘inaugural meeting’ to form the Chinese Association of Victoria (CAV).

Meeting at first in humble surrounds of family homes, this group of new migrants found common interests and shared common aspirations for themselves and their families in this, their newly adopted country. The first president was Gim Leong Teh, a lecturer in law by profession, and the rest of the committee members were all highly qualified professionals with impeccable credentials.

A constitution was commendably drawn up by legal and other able minds within the Association and it has served its purpose well to this day with need for only minor refinements. Subsequent presidents and their dedicated committees set the foundation, and charted the future direction of the Association. It was the intention of the founding members that this Association shall always be a fully transparent, non-political and secular ethnic organisation, completely accountable to its members. 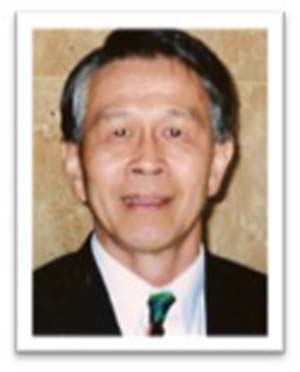 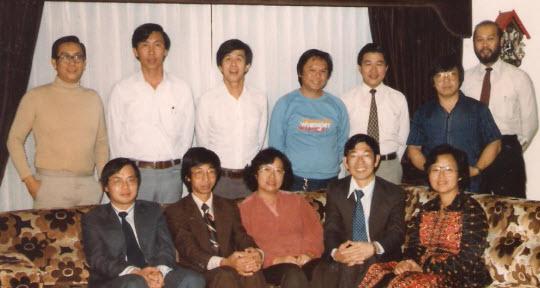 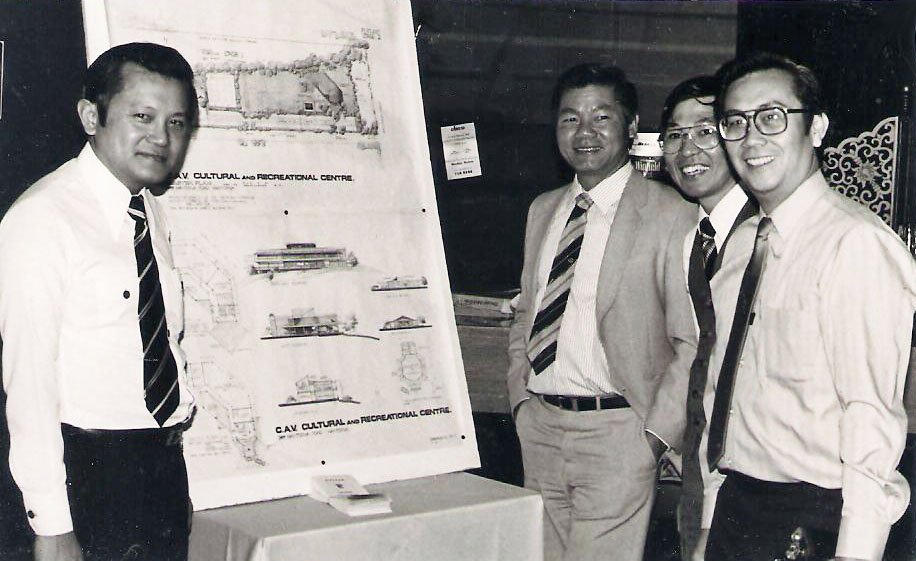 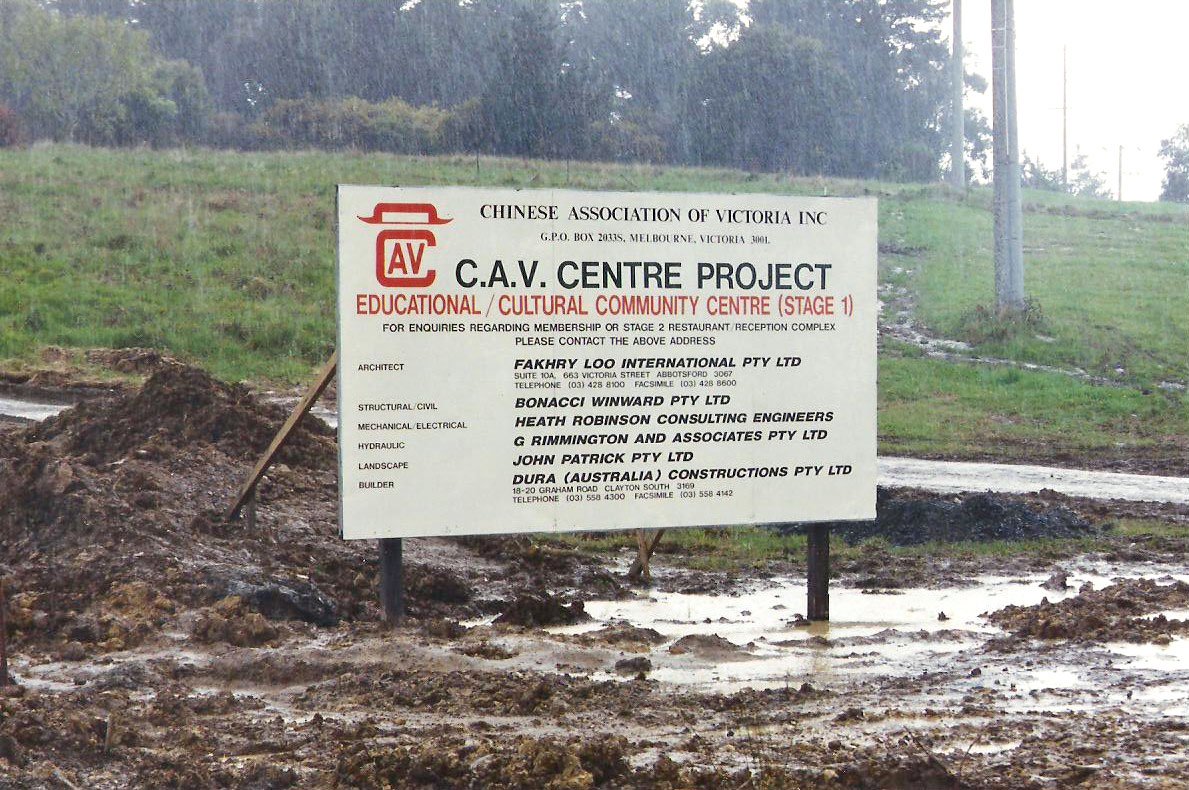 The CAV Centre
Since the inception of the Association in March 1982 the first Executive Committee nominated Committee member Dr. Frank Chew, a strong advocate for CAV to have its own premises, to be Chairperson of the Building Project Committee (BPC).

The then Ex-Co directed the BPC to look for a suitable land site to build our CAV Centre which was to provide facilities for Educational, Recreational and Cultural activities for members of all ages.

After searching and inspecting several sites, overcoming various obstacles and problems the decision was made to purchase our current 5 acres land site in Wantirna. The purchase price was $270,000-00 and was bought under the name of ‘Cavians P/L’ which consisted of Directors and mainly Ex-Co members. The title of the land was transferred to CAV, the Association, in 1986 when it became a fully incorporated body.

The BPC then set out to plan for establishing the CAV School Building to accommodate Chinese language students with the proposed move from Nunawading to Wantirna. It was anticipated that CAV be able to apply for a Federal government Grant towards the CAV language School.

Fund Raising activities such as food fairs,raffles, dinners , talks and Gala Balls were organised annually to raise the much needed funds to start building the School.

A master plan of the CAV Centre concept was drawn up by the BPC with many proposals by members. To date , only the School aspect (Stage 1) of the Centre is realised. The plan is for the remaining 2 acres of the front portion of the land site to be commercially developed to provide income for the Association.

Application for full tax deduction of donations to our CAV School was granted in 1989 and this helped boost our fund raising greatly with some members donating generously to the project.

The Association managed to raise a total of $650,000 and when the Federal Grant of $200,000 came through in 1992, the decision to proceed with the building of the CAV School was made.

The architects for the project was Robinson Loo Wyss & Schneider Pty Ltd.

The ‘Turning of the Soil’ was started on 21st July 1994, and Dura (Australia) Construction Pty Ltd was engaged to carry out the Phase 1 of the Building Project. Laying of the Foundation Stone was held on October 1994. The CAV Centre (Phase 1) was completed in 1995 and was officially opened by the Hon. Simon Crean, Minister for Employment, Education and Training on March 19th 1995. 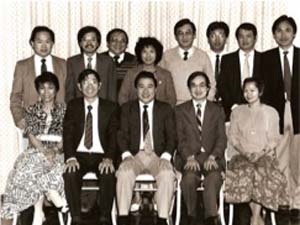 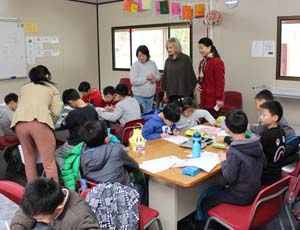 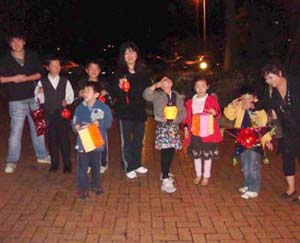 The Chinese School
Word soon spread among friends and the Association grew rapidly. Attention was drawn to promoting the Chinese language and to this end a “Chinese School” was started under the able stewardship of Ka Sing Chua and Khee Pang; and subsequently run by Ramona Chua and Kin Chee Ip and their committees. In the early years, the school was run on Sundays at the then Nunawading High School. With weekly gatherings of students and parents, there was always a hive of activities, providing a focal point for social interaction and networking.

The School moved to the newly finished CAV Centre at Wantirna in 1995. With more classroom facilities, the curriculum was extended. In 1998 a new Principal, David Liu was appointed and this allowed further extension of the curriculum taught. Grace Li was the Principal from July 2004 until Dec 2006. Daniel Choo then assumed the responsibility of head of the School. When Daniel left at the end of 2007, Ramona Chua, took up the challenge to run the School.

The School now provides Chinese language courses from prep to VCE levels. Classes are being conducted at CAV Centre on Sunday.

For acquisition, construction and maintenance of buildings used by the School, a CAV School Building Fund was established on the 10th June 1987. The Fund has been granted a tax deductible status where any donation more that $2 to the Fund is tax deductible.

The Cultural Dance Troupe was started in 1992 by Leng Low, and developed further in subsequent years by Ramona Chua and Chris Pang. Since 1999 Lily Ong has been the driving force bringing the Troupe to its present standard. Dance instructors who have helped in the development of the Troupe included Sung Ping, Shirley Kortlang and Lucy Lo. A performance by this Troupe of young dancers is the highlight of all major CAV functions. The Troupe had also been invited to perform in many cultural and community events in Melbourne.

Tai Chi and Martial Art were started by a busy surgeon Boon Hung Hong, and the tradition was carried on by volunteer instructors such as Norman Phang, Anthony Lun and Ming Hang Yim. Routines in tai chi included the Yang and Chen styles, tai chi fan, sword and broad sword. Tai chi is very popular because of its purported benefits to health and relaxation.

Interest in Chinese Painting and Calligraphy among members began very soon after the founding of CAV. CAV has been fortunate in that among the people who taught Chinese painting at the CAV have been internationally renowned artists such as Yao Di-Xiong (of the Hundred Kangaroos fame), Anthony Sum, Liu Chin Tsao, Chun Rui Yang and Christina Chung.

The Lion Dance Troupe was started in 1982 by Peter Loh, Richard Ong, Thomas Lim, Vincent Lee and Alan Khor. From 1986 the Troupe was led by master Kelvin Kan, who made the lion heads himself. Under his leadership the Troupe developed to a very high standard, and has often been invited to perform at community functions. The teaching of kung fu was incorporated into the training routines of the lion dance troupe. The added training demanded rigorous physical training and strict discipline. It would be correct to say that the Lion Dance Troupe was the pride of the Association.

The next phase started with the celebrations of many traditional Chinese Festivals, such as the Chinese New Year, the Zong festival and the lantern festivals. Sporting activities enjoyed by the members including table tennis, badminton and golf. 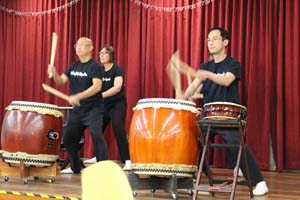 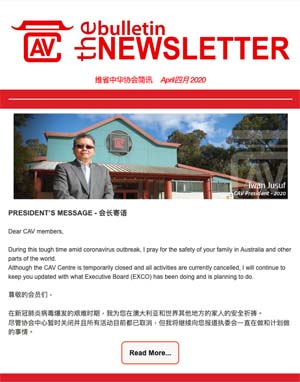 Communication
A Newsletter became a regular feature front the beginning. The most significant pieces of equipment used in its production being a rock solid Remington typewriter with a bell to say you have reached the end of a line; some correcting fluid and two willing fingers pounding away into the early hours of the morning. Early editors included Jee Mok Fua, Clement Wong, Chek Jwee Quah, Oon Huat Yeoh, Chooi Hon Ho and Yik Chee Ho. The Chinese section was edited by Ka Sing Chua, Boon Hung Hong and Peter Ho. Later editors were more fortunate when the computer came of age. Over the past few years, production of the newsletter was continued by Simon Soon, then Khim Chow. Presently the editor is Mai Saw.

A CAV web site was created to bring CAV in line with the march of technology. The first web master was Norman Phang. Then followed by Leon Han, who handed over the task to Mai Saw in 2008. A webmaster portfolio is likely to be included in future Excos. 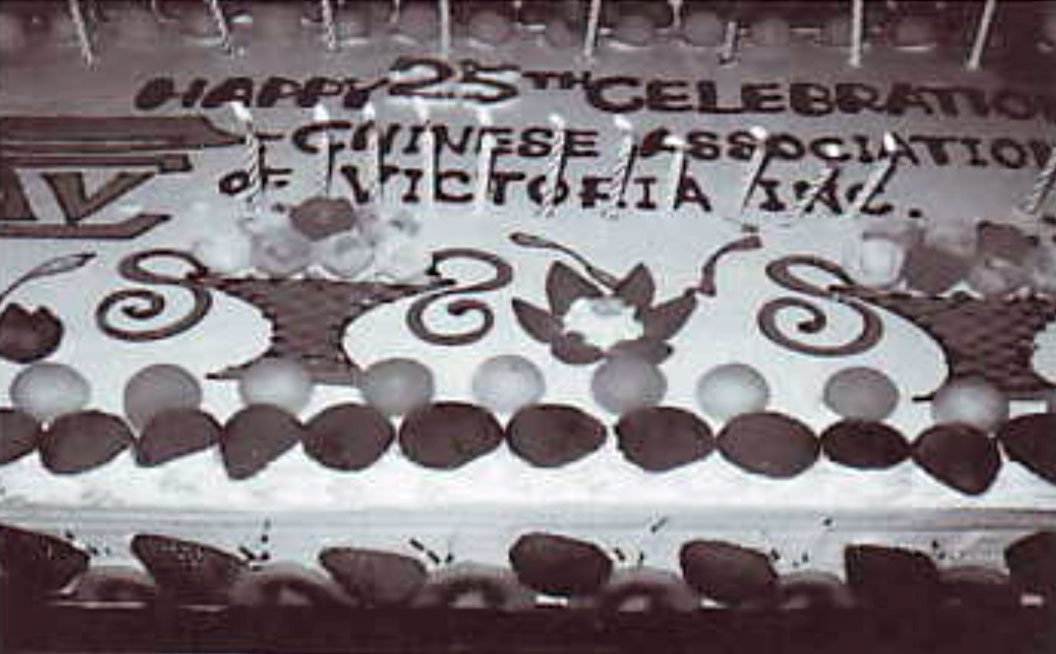 A Milestone is reached
It was most significant that the 2007 annual mid-year dinner was held on 24th June in the CAV hall to commemorate the 25th Anniversary of the founding of CAV. Almost all who attended this event have had some role to play in the past 25 years of CAV’s history. Of note was the presence of almost every past president, past committee members and members. The turnout was testimony to the strength of this organisation and the goodwill that still exists.

Due to the hard work put in by the Executive Committees, past and present, the financial position of the Association remained in good shape. The 15 year period of interest free loan from members has long since lapsed. Some loans were repaid but most of the loans were finally converted as donations, relieving it of the burden of repayment. In recognition of their contribution, all the earlier members who loaned to the Association were conferred the status of “Foundation” members.

CAV and Multiculturalism
Chooi Hon Ho has written an article providing more history of CAV and her view on CAV and multicultural Australia. Please click here to read the full article. 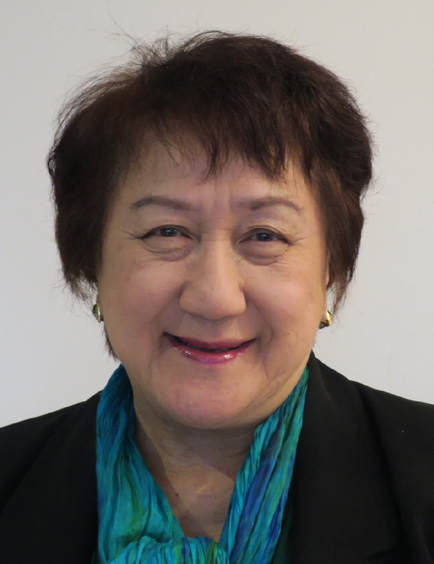 ” The strength of the Association is underpinned by several very sound principles. Specifically, the Association should represent all Chinese in Australia – as fragmentation by dialects would make a minority group even less effectual (Hence the choice of the nameTheChinese Association of Victoria) be non­ political, so that we can be inclusive in supporting members of whatever political persuasion (The emphasis is to support a democratic system) be non­religious so that we can respect members whatever their religious or philosophical beliefs (The emphasis is to support shared values)”